Can you fake it ’til you make it? Fake testimonials are as popular as they are ostracized. Even though they are frowned upon, a lot of businesses use them as an advertising tool.

What are fake testimonials?

Of course, there is another way to go about it. You can make up “testimonials” and publish them as if they were real. Or you can buy fake testimonials from people who will leave positive reviews about your products or services.

Fake testimonials are those in which someone compliments and recommends a product or service, even though they’ve never tested it, nor do they consider it good. They are just doing it because someone paid them to do so, despite their personal opinion on the item.

Small businesses sometimes resort to fake testimonials when they are just getting started and want to advertise their business through any possible means. Or maybe they launch a new product that doesn’t have any/enough real reviews and they need to boost its popularity.

In many other cases though, obscure sellers (usually from China) use fake testimonials to increase the star rating of knock-offs items or low-quality products they have a hard time selling.

They are also used for items that have too many negative reviews, as a way to balance the number.

Fake testimonials in the numbers

Case studies reveal that almost 40% of all online reviews are fake. And you see them anywhere, whether they are Amazon reviews, on social media, Google, and so on.

Another interesting fact is that most of these fake reviews on Amazon and the like are for popular item categories. For instance, over 60% of all Amazon reviews of electronics are fake. Numbers are also high for beauty products, supplements, sneakers.

Social media platforms are also widely used when it comes to paid testimonials. According to one case study, around 4.5 million businesses paid for fake reviews on Facebook in a single year.

This phenomenon has flourished into a real and concerning business itself. Sellers can now buy fake reviews bulk packages that cost close to $1,000 for 50 reviews. A 1,000 fake testimonials package goes beyond $11,000.

How to get fake testimonials

There are several strategies you can use to get false reviews and testimonials for your business.

One of them is to use a fake product review generator. Yes, you read that right! There are actually websites on the internet that generate testimonials for you.

You just input your product or service and the software comes up with a false testimonial for you. Here’s an example of an online testimonial generator:

Another approach is to write your own customer testimonials. That does require some creativity, time, and skills on your part, though. But is it illegal to write your own reviews? Well, no. There are strict rules against reviewing your company on the internet—moreover, Google and Yelp label this action as a conflict of interests.

There is another popular method used, and that is to pay for testimonials from actual people, even though they have never used your business or product.

This strategy is quite popular on Facebook. There are a lot of private social media groups where sellers approach users for this exact reason.

They make them an offer to buy one of their product and write a good review/testimonial about it. In exchange, they will reimburse them for the exact value of the product. In some cases, they will even pay a commission in addition to that.

You can even buy fake video testimonials on Fiverr, starting at $5. They really seem realistic, but they can be easily spotted. Well, search for testimonials on this site and remember the faces. If you see these fake testimonials on other websites, you’ll know the drill.

Moreover, think of your competitors buying the same fake customer testimonials and posting them on their websites. Not great, but terrible.

So we established that false advertising exists and the internet is full of paid fake testimonials. This acknowledgment can make anyone rightfully think that they might be popular for a reason.

So do fake testimonials work? Should you use them for your business? Well, yes and no.

There’s no point in lying and not admitting what many case studies have already proven. The ugly truth is that in the short-term, fake testimonials can indeed boost your business.

When your star rating for a product spikes, that can help you generate more sales.

However, this effect doesn’t really last, if you don’t continue to invest in paid testimonials. And that kind of defeats the purpose of making a profit.

Moreover, if you try to promote and sell low-quality products, customers will soon pick up on that. You might fool them into buying once with fake star ratings. But once they test your merchandise and see they’ve been deceived, they will drop your business. Or, even worse, they might also sue you.

And if ethics and long-term success don’t matter to you, then you should consider another aspect. Do you want to constantly be afraid that you’ll be exposed and you’ll ruin your reputation?

If word gets out about your deceitful practices, it might be extremely hard if not impossible to recover your name and trustworthiness.

While the law might differ from country to country, false advertising is overall illegal and punished by the law. So the best way to go about it is to avoid it altogether.

The FTC (Federal Trade Commission) in the US declares unlawful all the ‘unfair methods of competition in or affecting commerce, and unfair or deceptive acts or practices’.

The European Union also has directives and laws that address the problem of misleading advertising.

Moreover, all big companies such as Amazon, eBay, Yelp, Google, etc. are 100% against false and misleading reviews and content and fight a permanent battle against them.

They spend a lot of time and money on methods to detect, delete and prevent content that is not authentic.

Amazon Verified Purchase Reviews and Amazon Vine are just a few examples of their efforts to stop manipulated reviews.

Are all paid testimonials illegal?

Testimonials are usually generated organically or at least free of charge, as long as your product or service is good and the customer is happy with their purchase.

But that doesn’t mean that all paid testimonials are necessarily fake. There are instances in which companies pay for testimonials and it is legal to do so. There are some rules they need to comply with, though, so make sure you don’t break them.

For instance, in its guides on using endorsements and testimonials in advertising, FTC requires the following:

Some businesses pay people to leave negative reviews on competitors’ websites. But is it illegal to leave fake bad reviews? Of course, there are also strict policies against fake bad reviews. These reviews are a violation of the terms of service of all business review sites, and they can unjustly damage the company’s image.

How to spot a fake review or testimonial

Fake reviews are getting harder and harder to spot, which is why you need all the help you can get. Those who use them have learned to pay attention to all the details that matter. They want to make sure their accounts and fake testimonials look genuine.

So how do we spot fake testimonials? One way to go is to use a dedicated app, plugin or extension. There are many online review checker apps available on the internet nowadays.

Their algorithms can help you identify fake product reviews on popular e-commerce sites such as Amazon, eBay, Walmart, Best Buy and so on.

Most of them work as browser extensions. Once you add them, you paste in the URL of the product you want to purchase and the software does the rest.

Online review checkers run a series of tests and analyze several factors to determine the authenticity of the review:

Even though they’ve become harder and harder to spot, fake reviews and testimonials still have some particularities that give them away.

Here are some tips on how to spot fake testimonials:

While fake testimonials seem like an appealing shortcut to boosting your sales, it is not a sustainable or beneficial marketing strategy in the long run.

Using false, deceptive advertising is risky and stressful, because you never know when it can turn against you.

It is an immoral, illegal practice that can destroy your entire reputation and business in a blink of an eye.

The key to any successful business lies in establishing a true connection with customers, getting to know their needs, and how to fulfill them.

Your focus should be on simply offering high-quality products and services. If you succeed in doing that, your merchandise will sell itself and it will generate honest, well-deserved customer testimonials.

To acquire testimonials from real customers and manage them easily directly from your Wordpress website, you should use a high-quality plugin, such as Strong Testimonials.

Andreea is a blog manager at WPChill who spends most of her days writing and "polishing" WordPress-related articles - entirely dedicated to Download Monitor, Strong Testimonials, and Modula. She also likes to create visual art and social media content.

How To Gather Testimonials From Customers? The Most Effective Strategies 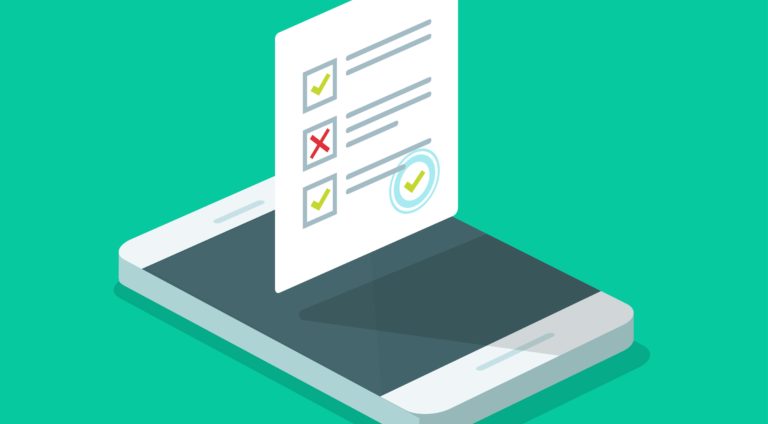 Your beginner’s guide: How to add a customer testimonial form to your site